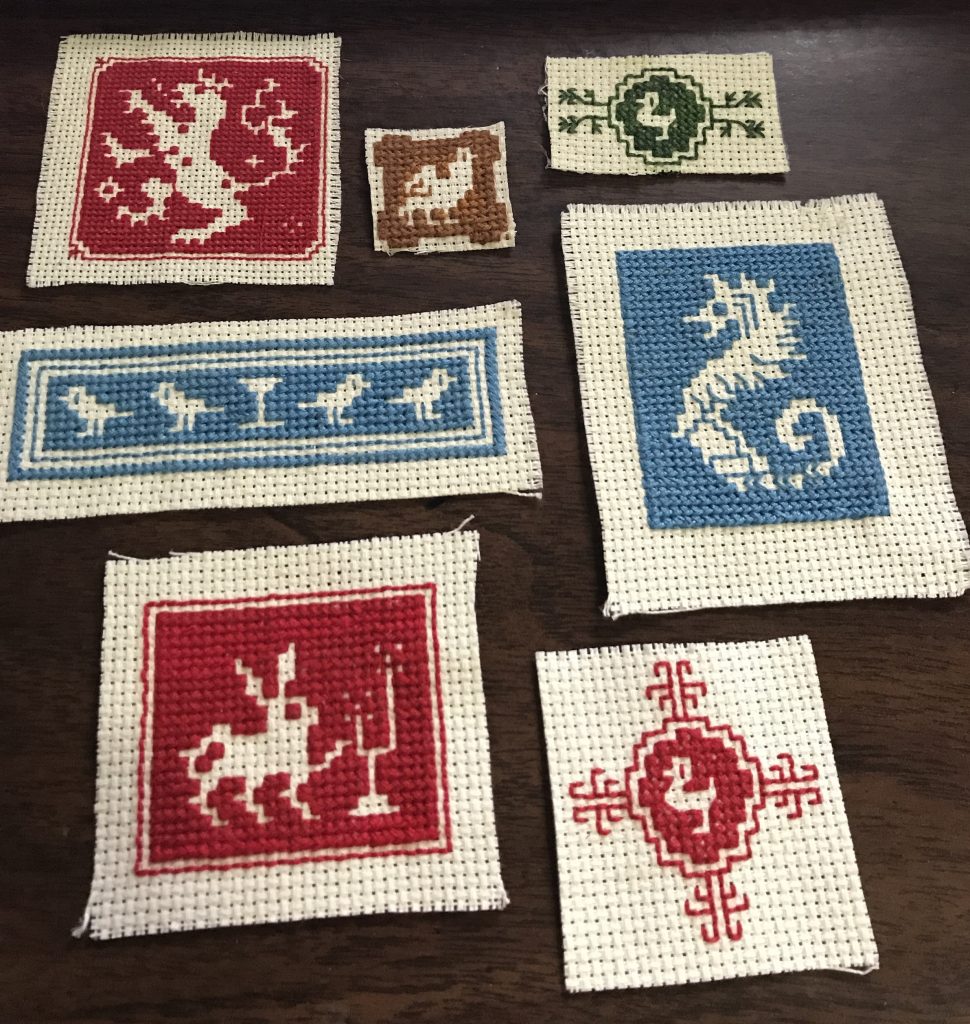 “St. George and the Dragon.” Inspired by the pattern given in Sibmacher’s Modelbuch, Plate LI (1527) and interpreted as Assisi work. That meant turning the photo-positive pattern into a photo-negative. DMC cotton on Aida. (Mistress Arlys o Gordon, Rivers Region)

Entry: “Dragon Puppies” from Opera Nova Universali, 1546, pg 33, interpreted as Assisi work. This required that the photo-positive pattern be turned into photo-negative. These playful little guys needed some stuff to romp in, so I gave them a leafy blackwork border. DMC Cotton on Aida. (Mistress Arlys o Gordon, Rivers Region)

a) the original pattern

b) the pattern interpreted as Assisi work