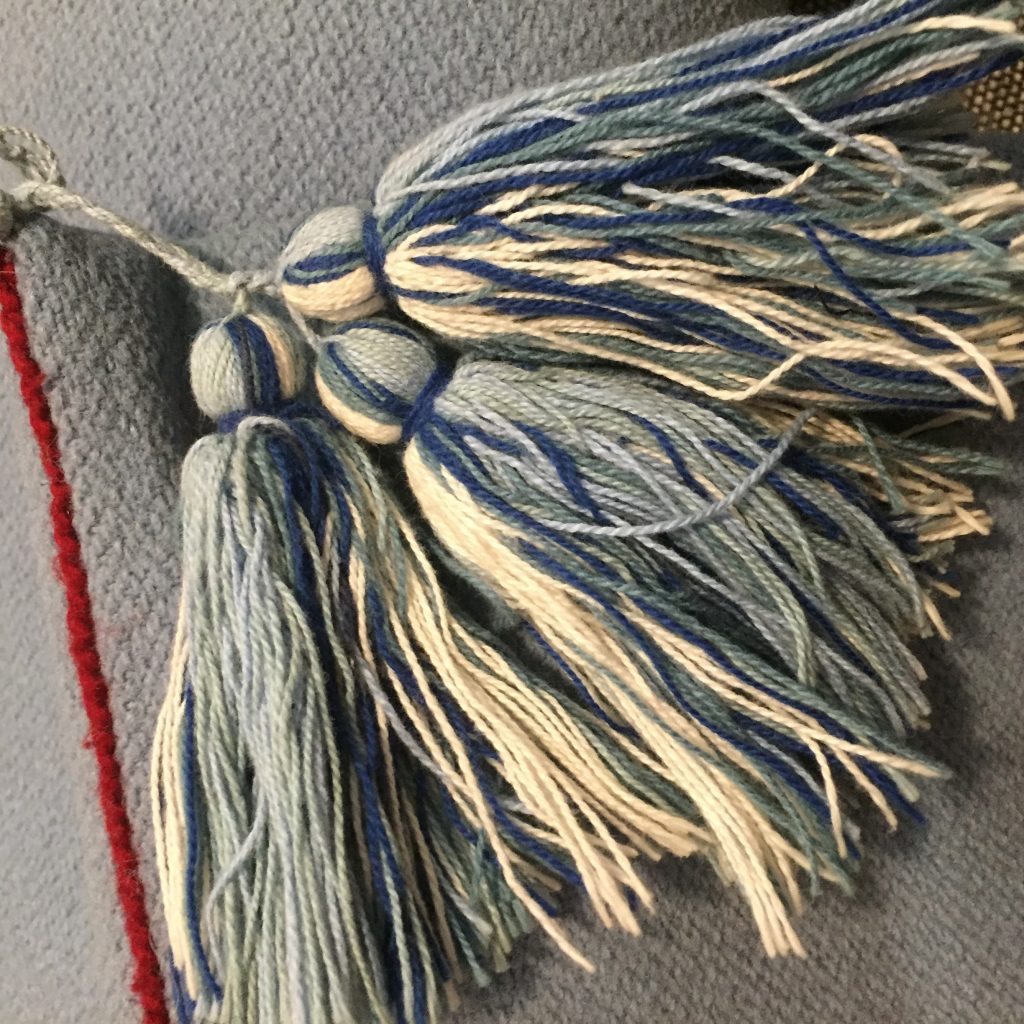 This one is filed under Thread – Other.

In 2000, I attended an Ithra weekend at the Shire of False Isle, Tir Righ. Then-Baroness Amanda suggested I show a few things to “people in that room over there”, and so I became part of the Embellishers’ Guild.

My blue wool cloak had some couching on the top seam of the hood (burgundy line, in the photo), the tassels (centre stage), and some inkle-woven trim. The first two were accepted as challenges at working knowledge.

Now that I think of it, I might’ve been able to challenge the monkey-fist-knot buttons.